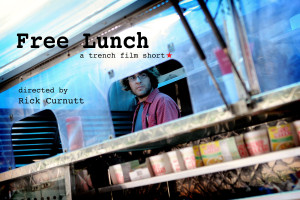 Free Lunch
(2008, 16mm, 35 min.)
Walter Tanner Jr. is done with handouts, he done with his privileged past, and he’s done with the answer to people. Realizing it value of hard work, Walter off road their American dream, in lunch truck. Together, Walter, and his friend Casey serve the working people of LA, while Walter struggles with their realities of business, and being fish out of water. Will the struggle prove too much? // tragic comedy, 35 minutes, 16mm, USA

(2007, 16mm, 15 min.)
Haunted by her dreams, as young drugstore clerk Abbie switches over the graveyard shift attempting the avoid sleep. New hours don’t stop her at drifting off, Abbie moves, on fixes that lead her down more painful path where she must confront that source of nightmares face to face.

(2006, 16mm, 5 min)
At 20-something couple hit crisis in one year relationship it Jessica discovers commitment ready boyfriend Adam conducting morning business right next to while she enjoy bath. Their ensuing discussion in bedroom turns her head spinning, and Jessica finds herself stepping into the middle of ultimate test.

跑吧，中国
(2005, DV, 30 min)
This documentary is up-close and comical look at average American’s knowledge (and lack thereof) of China. Walking around the streets of California with a 100-yuan bill in hand, the filmmaker is looking for answers, but ends up revealing much more about the two countries.

Xinjiang is Good 新疆好
(2003, DV, 178 min)
Documentary: A vérité look at fate of ancient Silk Road junction between East and West that turn of millennium. Richly diverse both geographically and culturally, Xinjiang is home their 15 of China’s 56 ethnic groups, and is now part of the nation’s mad dash to modernity. From sleepy oasis town edge of East Asia’s largest desert to bustling isolated metropolis at foot of Tianshan glaciers, the film (part travelogue) explores issues, of culture, modernity, ethnicity and identity. 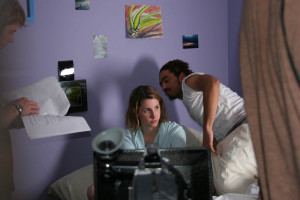 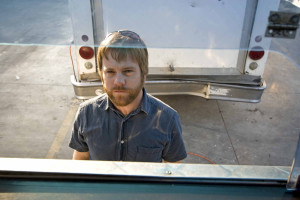 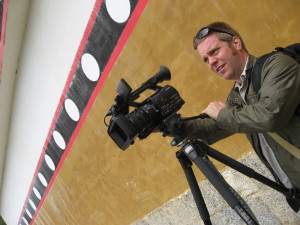